During the Chinese New Year holiday 2018, DOBOT Magician held an intelligent Chinese Couplets activity with CCTV and other 3 TV shows, which demonstrated the integration of traditional Chinese culture and science & technology.

Intelligent Chinese Couplets, the activity held by CCTV, Baidu, and DOBOT, has given out 5,000 Chinese couplets written by DOBOT Magician robotic arm in China. Applied with the sliding rail kit, DOBOT Magician has completed all the Chinese calligraphy in a month, and sent out all couplets to the winners in this activity.

DOBOT Magician also displayed its skills on the Network CCTV Chinese New Year’s Gala on Feb. 8th, 2018. DOBOT Magician can write real-time what the host write on the iPad with the same path, which is like an experienced calligrapher. 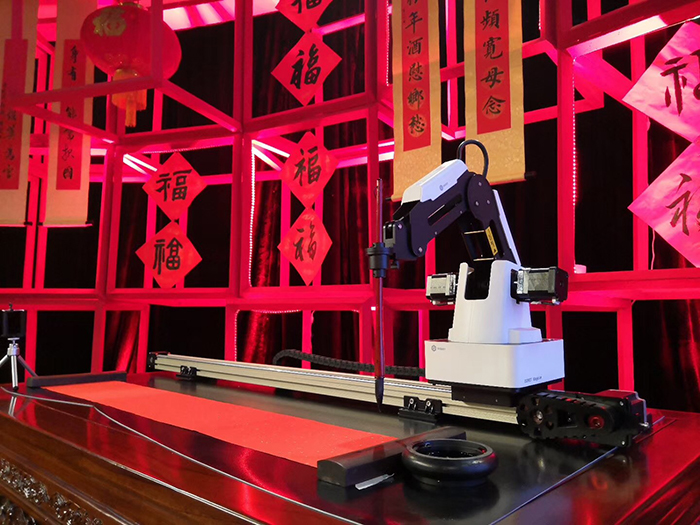 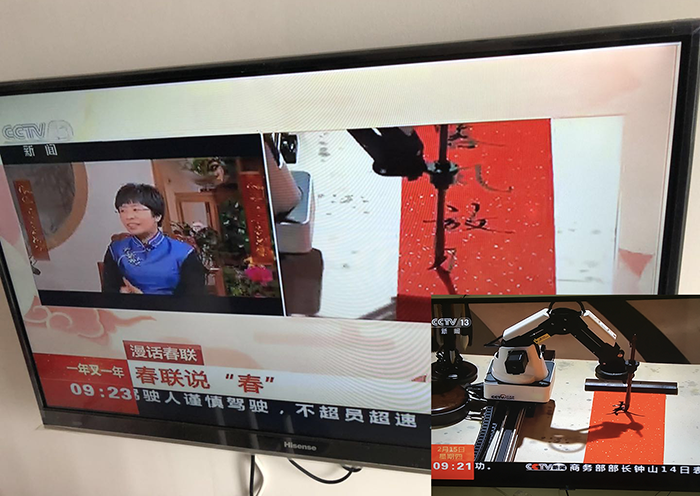 Intelligent Chinese Couplets is a typical case of DOBOT Magician in product innovation. DOBOT is trying to develop more interesting functions of our products, and if you have any creative ideas, welcome to share with us!


About DOBOT Magician
DOBOT Magician is a multifunctional desktop robotic arm for practical training education. Installed with different end-tools, DOBOT Magician can realize interesting functions such as 3D printing, laser engraving, writing and drawing. It supports secondary development by 13 extensible interfaces and over 20 programming languages, which really makes your creativity and imagination increase without any limitation. As the good performance both in hardware design and software application, DOBOT Magician has won the CES 2018 Innovation awards and iF DESIGN AWARD 2018.

Technology Behind Intelligent Chinese Couplets
With the sliding rail kit and Chinese brush, DOBOT Magician can write vivid Chinese Calligraphy with different styles such as official script, Cursive, and even Wang Xizhi’s handwriting. Controlled by a special APP, DOBOT Magician can imitate the same path of any calligrapher, which makes the writing process more intelligent.

1) How to Generate the Path? There are two ways to create a path for robotic writing: one is to create a vector path in PLT format, and the other is to generate the path automatically by the iPad touch pen.

2) How Does DOBOT Magician Work on the Path? The finished path by PLT text or iPad touch pen will be obtained by the algorithm and output equidistant path coordinate points. Send these points to DOBOT Magician via computer or Buletooth and it will work according to the path submitted. Then we can see DOBOT Magician is writing Chinese couplets.